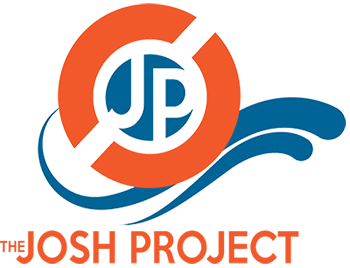 What our Families Have to say about us

Kamisha Braswell did what was hundreds of other area parents have done since 2007 – she got in touch with The Josh Project.

“I was paranoid because I can’t swim myself,” she recalled.

Today, Jermiah, among the first graduates of the basic swimming skills training program, is a 17-year-old soon-to-be senior at Central Catholic High School, where he carries a 3.2 grade-point average and is a standout on the school’s football and basketball. He’s also a capable swimmer but does not compete in aquatics.

“The schedules sort of run together,” he said about athletics at Central.

Like his mother, Jeremiah recalls the day he came home after spending time in his cousin’s pool and being told he would soon become a Josh Project. He didn’t like the idea, but he wasn’t the one running the household.

“I thought it’d be a waste of time and why was she signing me up because I already thought I could swim,” he said as his mother sat nearby. “When I got there I found out I actually wasn’t as good a swimmer as I thought.”

But it was well worth it to learn a variety of water safety and swimming techniques, and to see instructors giving equal amounts of time to each student.

“Now I can really swim and it was just an interesting experience.”

In the years since, Jeremiah has enjoyed the cool water of several area pools, once swam in the Atlantic where the ocean floor was well below his feet, has confidently gone out into the lake at Maumee Bay State Park, and with his friends visited the Kalahari Resort in Sandusky.

At the latter, he was just about the only one capable of diving into – and enjoying – deep water.

“Believe it or not, a lot of kids I know my age, when we go swimming or something like that, they actually can’t swim,” he said. “They have to stay where their head’s above the water. It’s just surprising how many kids can’t actually do it.”

Jeremiah is among hundreds of youth who have learned through The Josh Project that swimming can be safe and fun. One youngster learning that now is his little brother, Josiah, 9, whose mother enrolled him in the newest class.

Like his older brother, he initially opposed the suggestion.

Being a mother, Mrs. Braswell naturally is concerned when Jeremiah tells her about plans to go swimming in, say, Lake Erie. But no longer is she paranoid.

“That still kind of scares me because of the currents and different things, but I know that he has the skills and training that he needs,” she said.

And for Jeremiah, the Josh Project experience has had a positive impact on other aspects of his life. He has no doubt that mastering water safety and swim skills helped him improve in other sports and in the classroom at Central.

“The confidence you gain transfers to a lot of different things,” Jeremiah said. “It gives you the feeling of ‘I know I can do it’ no matter what it is.”

Our Impact This Year

Ongoing support is important to enabling projects to continue their work, so we encourage donors to continue to contribute to projects over time. But if you must cancel your recurring donation, please notify us.